skip to main | skip to sidebar

Smoking Cessation - In A Company Setting

The no-smoker prevention training has expanded into a company setting. Check the locations:

German
http://lernen20-am-arbeitsplatz.ning.com/group/tabaksuchtpraeventionfirmasetting
Posted by eurominuteman at 7:26 AM No comments:

Smoking Cessation - In A School Setting

The no-smoker prevention training has expanded into a school setting. Check the locations:

German
http://comeniusdialog.ning.com/group/tabaksuchtpraeventionschulsetting
http://maschendraht.mixxt.de/networks/forum/thread.6937:1#posting_6937_28882
Posted by eurominuteman at 10:31 PM No comments: 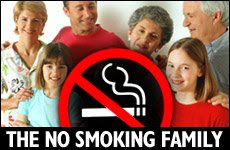 Recently, I have entered a cooperation with Dr. med. Hermann Stremlow.

We now offer anti-tobacco addiction courses for the smoke-free willed, companies, and public bodies (such as e.g. for schools, community bodies, and public authorities). More about this under (German language):

The base for these subsidized preventive courses is found in the new German public health regulations published within the German Social Code § 20, 20a SGB V. More about this under (German language):

Courses for primary prevention and for company-orientated health support plans are being offered.

In the course of this, we are aligned to General Guidelines as mutually defined by the German Confederation of Health Insurance Companies, who has specified the content to be offered, the methods style of implementation, and the required qualification of trainers, and which thus delivers a committing framework for all German health insurance companies.

Different "setting" approaches have been defined, such as e.g. for companies, schools, community bodies, and public authorities.

Eventually, the courses will be adapted for multimedia e-learning in German and English, as well as for 3D immersive virtual courses performed within Second Life:

So stayed tuned...
Posted by eurominuteman at 3:45 AM No comments:


View my page on RezEd

View my page on Virtual Worlds and Language Learning

View my page on The Global Education Collaborative

View my page on Workplace Learning 2.0

View my page on Classroom 2.0

View my page on WiZiQ's Meeting Place on Ning

View my page on Moodle Meet

eurominuteman
I am a US citizen and German-trained in Mechanical Engineering (Dipl.-Ing. Energy Technology) & National Economics (Vordiplom), German Business Administration (German Banking, German Tax Administration, German Corporate Law), and US Business Administration (General & Information Management). I have been living in southern Germany since 1970, and I was born and raised in Detroit, Michigan, U.S.A. Since the year 1988, I have been affiliated with the EU Commission as an information consultant, and I readily perform projects as a top-level document author, technical & business writer, translator, proofreader, e-learning tutor, or interpreter. Bilingual and cross-cultural adult education as trainer and coach is also a strength that you can expect from me. US citizen living in Germany doing cross-cultural consulting & training, translations DE - EN-US. Engineering - Economics - Law. Webcasting. Second Life. Product Scout. Promotional Help. james.oreilly@web.de, Skype: eurominuteman URL: www.proz.com/profile/64003/